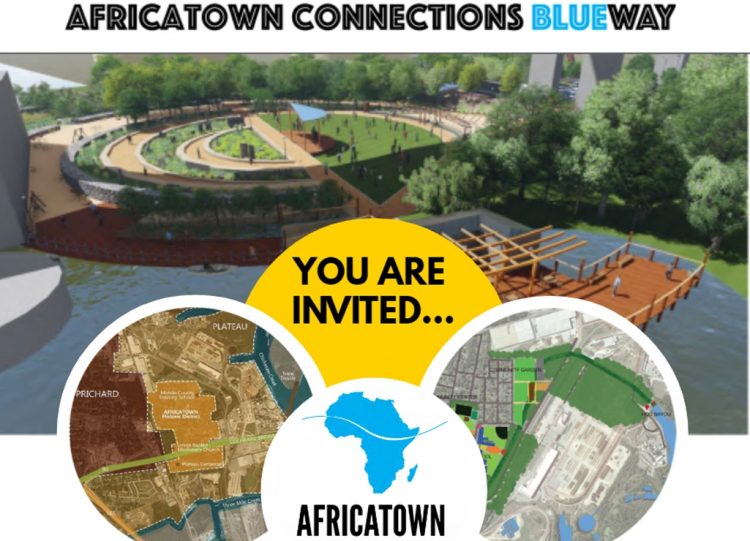 (MOBILE, Ala. – Jun 01, 2018) – The National Park Service’s Rivers, Trails and Conservation Assistance Program is pleased to announce the official launch of the Africatown Connections Blueway — a cultural, environmental, and community development project nearly two years in the making — on Saturday, June 16, 2018, under the Africatown Bridge in Plateau from 3 p.m. to 6 p.m.

The Africatown Connections Blueway Team is a coalition of local and regional organizations and citizens working in partnership with the National Park Service since 2016 to create the plan. The Blueway project connects the historic Africatown Community in the City of Mobile with Africatown U.S.A. State Park in the nearby City of Prichard, Alabama, via several key waterways: 10 miles of Chickasaw Creek, which flows through Prichard, the City of Chickasaw and unincorporated Mobile County; the Mobile River; and Three Mile Creek.

Its mission is to preserve the natural spaces, habitat, and waterways for the sustainability of healthy communities,  for educational enlightenment, and for economic opportunities in both Mobile and Prichard, and points in between.

The celebration comes as the notes of Zora Neale Hurston’s interview with Cudjo Lewis 90 years ago has finally been turned into a book, currently a New York Times best-seller, Barracoon: The Story of the Last “Black Cargo.” It tells the harrowing tale of Lewis, the last known living slave to have come directly from Africa. Named Oluale Kossola, he was one of 110 people kidnapped and sold by the Kingdom of Dahomey (present-day Benin), then  brought to Mobile aboard the Clotilda. Importing Africans for slavery had been illegal for 52 years when the Clotilda arrived in 1860. Its captain claimed to have burned and sunk the ship to hide the crime.

The Blueway project also comes as the Alabama Historical Commission continues its search for the Clotilda, which was thought to have been found in the Mobile River Delta earlier this year (https://ahc.alabama.gov/news_detail.aspx?ID=12821). Plus, the Africatown Community Development Corporation’s request for $3.58 million from the BP Oil settlement fund was approved to build a welcome center and tourism program that celebrate the unique history of Africatown, founded by Lewis and some of the other Africans brought by the Clotilda.

In an added boost, students from Mississippi State University’s School of Landscape Architecture have created a very dynamic, multi-dimensional plan for the Blueway that can potentially revitalize the entire Africatown community.
Residents and supporters who have been part of planning the Africatown Connections Blueway are overjoyed at recent developments like these that strengthen their resolve to rebuild the neglected community.

“It’s like the windows of heaven are finally opening up over Africatown and pouring out so many blessings at once,” says Joe Womack, president of Africatown-C.H.E.S.S., itself a relatively new community-based organization. It is funded through a $3.375 million grant from the Kellogg Foundation in partnership with the Deep South Center for Environmental Justice, the HBCU-CBO Gulf Coast Equity Consortium.

“We can’t help but believe that these breakthroughs will help us preserve what’s left of our beloved community. It’s like being rewarded for decades of hard work that so many of people put into bringing Africatown back to wholeness and prosperity. If all our individual plans succeed collectively, then Africatown might be even better than it was when I grew up here,” he says.

WHAT: Initial Celebration of the Blueway Project

WHERE:  Under the western side of the Cochrane Africatown Bridge in Mobile (Plateau), AL

WHY:  To announce the project and invite the public support of Africatown’s newest revitalization effort 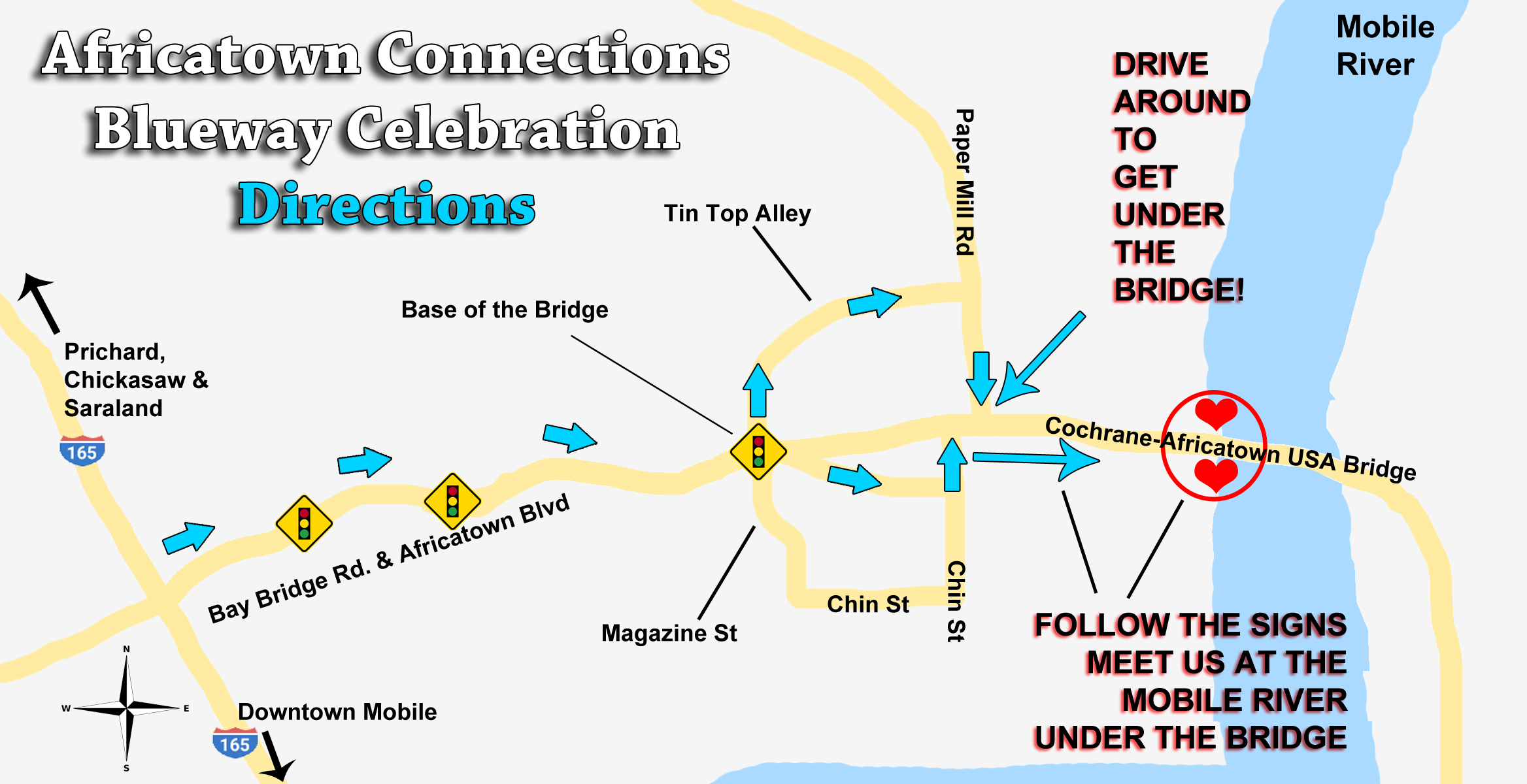 To RSVP and for more detailed information about the Africatown Connections Blueway project, contact: