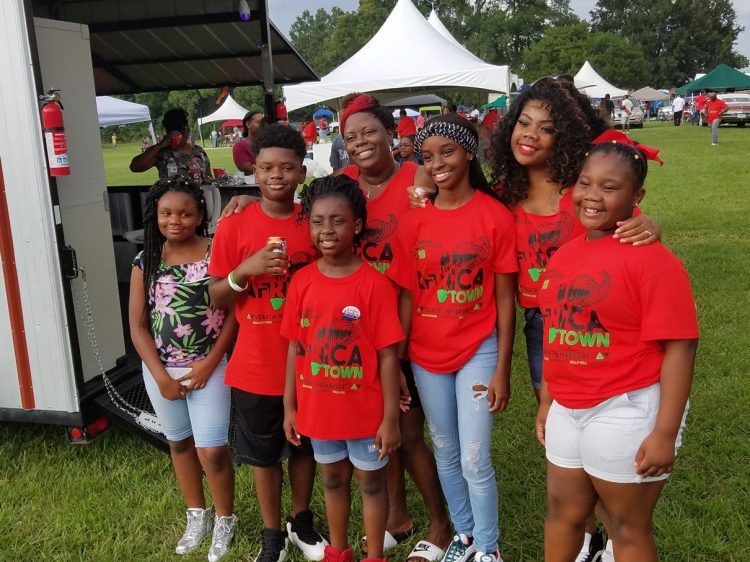 The first weekend of September were busy with activities in Africatown.

The first event was the first annual motorcade with floats consisting of family history, especially those who were related to the Africans who were brought over to America aboard The Clotilda. Organized by the McCovery brothers, twins Terry and Kerry, the parade featured Major Joe Womack U.S.M.C.R.(ret.) as the Grand Marshall.

Although the motorcade was cancelled because of lighting and rain, at least 25 cars were set to go in case the rain let up.  Even so, the rain did not dampen their spirits as the all agreed to attend The Africatown Community Day event the next day.

Husband-and-wife organizers Lamar and Chiquitta Howard along with generations of family from all areas of Africatown organized the Fourth Annual Africatown Community Day. People from all the segments of Africatown — Plateau, Magazine Point, Lewis Quarters, Happy Hill, and Kelly Hill — had a chance to come back home, reunite with family,  friends and guests to celebrate the heritage of the historic area.

About 200 people attended the annual event; crowds were smaller due to people going to the Tuskegee-vs. Alabama A&M  game and the threat of inclement weather.  The event also included voter registration with the Mobile County NAACP and other groups, information about current environmental justice campaigns and candidates up for election later in November. 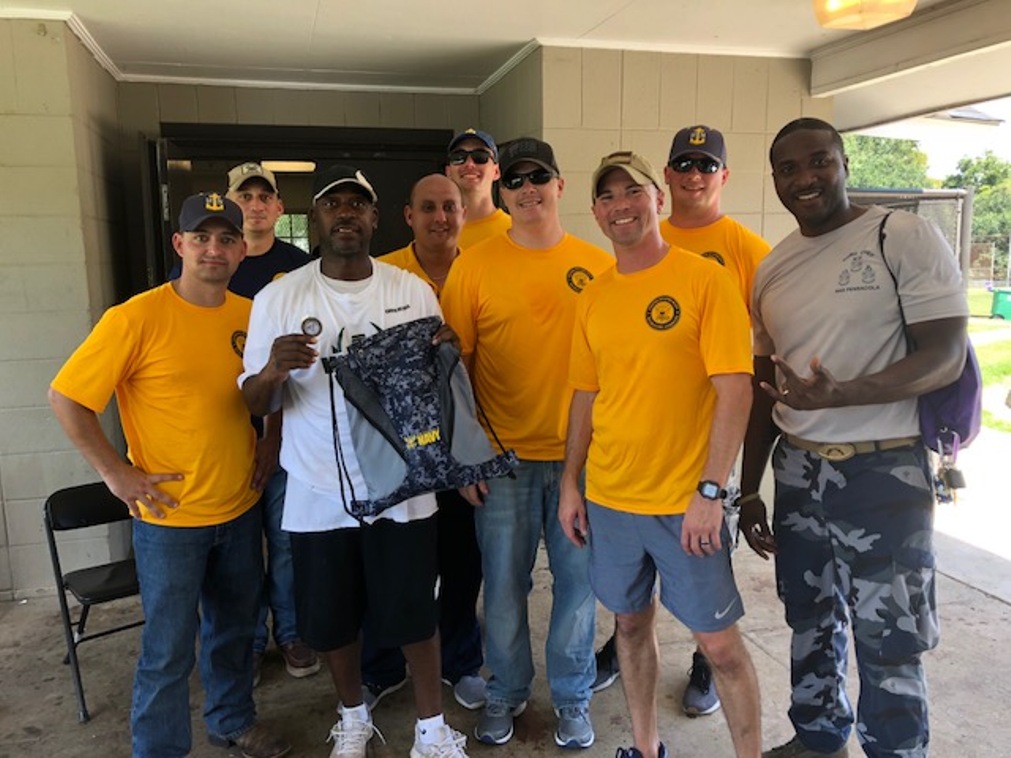 They cut brush limbs and picked up trash from certain spots in the community. They also helped with the Kidd Park’s little league football team and set up church event at Mother of Mercy Catholic Church. The cleanup started at 6 a.m. and went to noon. Children who participated in the clean-up efforts were rewarded with certificates.

This is third clean-up effort Chief Counselor Lewis has coordinated this year. He is working with community leaders to set dates for the next efforts with the Navy students.