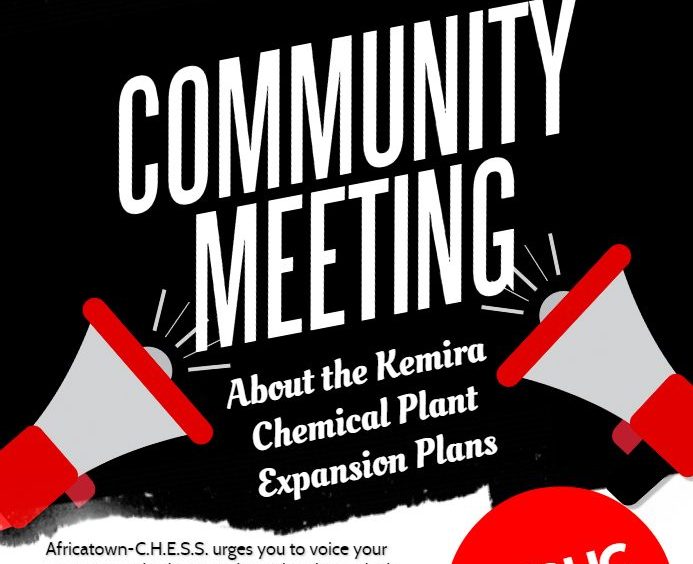 Africatown residents voiced their concerns in a first-of-its-kind meeting with one of the big chemical companies in the area, which experienced problems when one of the tanks delivered to its plant overheated and people living nearby were evacuted.

C.H.E.S.S. put out fliers about the public hearing, hosted by the Alabama Department of Environmental Management (ADEM), and helped organized transportation so that everyone who wanted to attend the meeting could.

Kemira Water Solutions applied for a permit from ADEM to expand its operations, including more storage tanks, stations to load and unload rail cars and big trucks, and a new Bio-Acrylamide production unit. The company did not want to increase their emission levels despite the expansion.

But residents were wary after the May incicent when a tank containing acrylamide overheated at Kemira, theratening a rupture that could spew dangerous vapors over the nearby communities. Emergency responders including fire and rescue hazardous materials teams and other officials were on standby as Kemira employees worked to cool the tank down.

Most residents at the hearing stood up urging ADEM not to approve the expansion plan, citing their concerns about Kemira’s lack of immediate response to the residents after the near-disastrous incident earlier in the year.

Monique Harden of the Deep South Center for Environmental Justice (DSCEJ), C.H.E.S.S.’s partner organization, expressed deep concerns about the permitting process itself, saying that it fails to explain in detail how it would maintain air pollution controls for the residents’ safety. 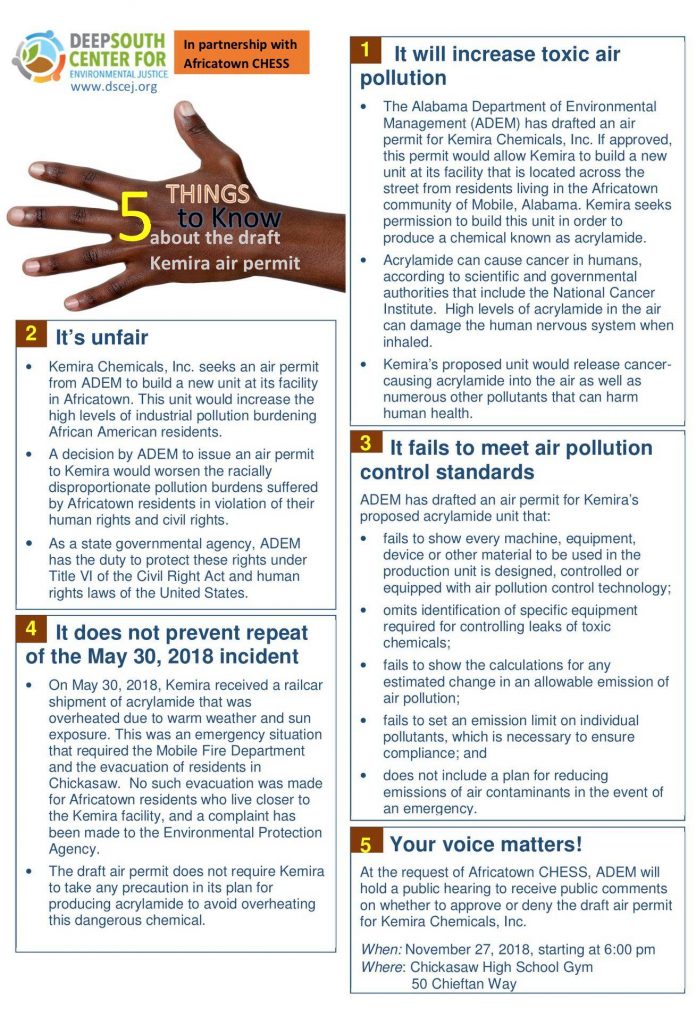 Some other residents voiced support, as long as Kemira’s operations did not endanger the community. The residents’ comments were compiled by ADEM during the public hearing. It will consider them in deciding whether to approve the air permit that Kemira needs to obtain before moving forward with its expansion plans.