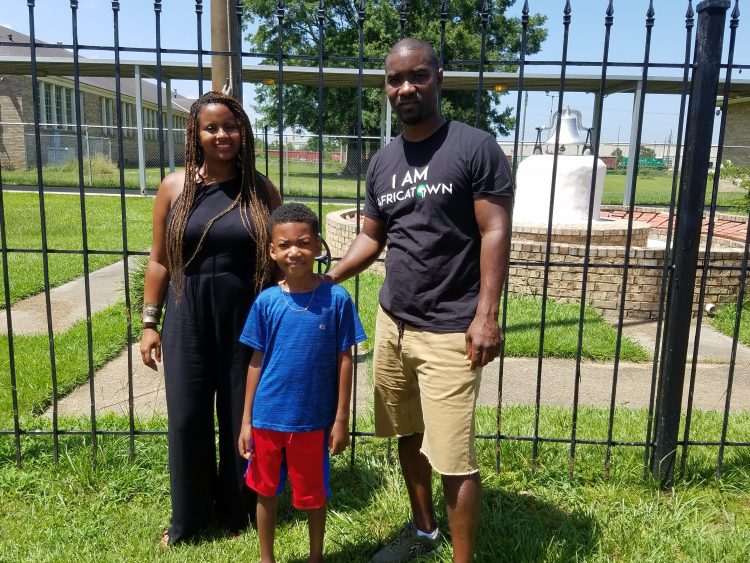 K. Wyking Garrett thought he was doing something novel when he and others came up with the name “Africa Town” to preserve what was left of the once bustling black community in the heart of his native Seattle, Washington. But when his research led him to Africatown, Mobile in Alabama and the history behind it, he was that much more inspired.

The story of the kidnapped Africans from Benin — their self-reliance and self-determination against the odds of their strange new home — is part of what inspired Garrett to take on the name to describe that part of Seattle’s Central District, which had been the home of Africans and African Americans in that city for nearly 140 years.

He used that brand when he formed the Africatown Community Land Trust to save buildings and landmarks, to acquire land, and to preserve the history and culture of Black Seattle in Central District. Garrett is the land trust’s President and CEO.

“It was important for us to come to Africatown in Mobile, to see this place, and learn about what you are doing here,” Garrett said during his visit this July.

The blacks were forced to live Seattle’s Central District, and initially they thrived. But after decades of being starved of cash because banks intentionally did not making loans in the area (redlining), the Central District fell into decline. Today, it’s threatened by gentrification as developers build high-end spaces and places that are filling up by white residents. The black enclave is disappearing; the area used to be 80% black, but is now less than 25%.

Garrett came looking for inspiration and more ideas when he came to Africatown Mobile with his son Wahleek and landscape architect Sara Zewde, whom he met in his struggle to maintain the neighborhood and culture that his family and others built in Africatown Seattle.

They met with C.H.E.S.S.’s Joe Womack, who shared his own struggles to maintain Africatown, especially from further industrial encroachment and environmental contamination. He took them on a tour of Africatown, including the Mobile County Training School, the community garden, Hogs Bayou, the Mobile River under the Africatown-Cochran Bridge and lands Three Mile Creek that are part of the Africatown Connections Blueway proposal. Happy Hills native Jason Lewis, a Navy chief who has led several clean-up efforts in Africatown, also took part in the tour.

They also met with Vickii Howell, President/CEO of M.O.V.E. Gulf Coast CDC, whose nonprofit is developing and sponsoring the Africatown International Design Idea Competition. The competition will invite architects from around the world to propose ideas for 16 venues on four sites stretching from Africatown in Mobile to Africatown USA State Park lands in Prichard, which are connected via the Blueway.

Garrett and Zewde were impressed at the size and scale of Africatown, especially the vacant lands that could be re-purposed for community development. “You all have so much more to work with than we do,” he noted, saying their options are dwindling in Seattle.

The two are leading design efforts through the land trust to ensure the unique black culture is seen in the new developments and that they find ways to create their own developments, starting with churches that still own land in the Central District.

They stayed well into the evening, presenting their projects to nearly 40 people who were invited to meet them at Olivet Missionary Baptist Church, thanks to Rev. John McCampbell.

And they hope to develop closer ties to Africatown Mobile as it develops plans related to the Clotilda discovery announced in May.