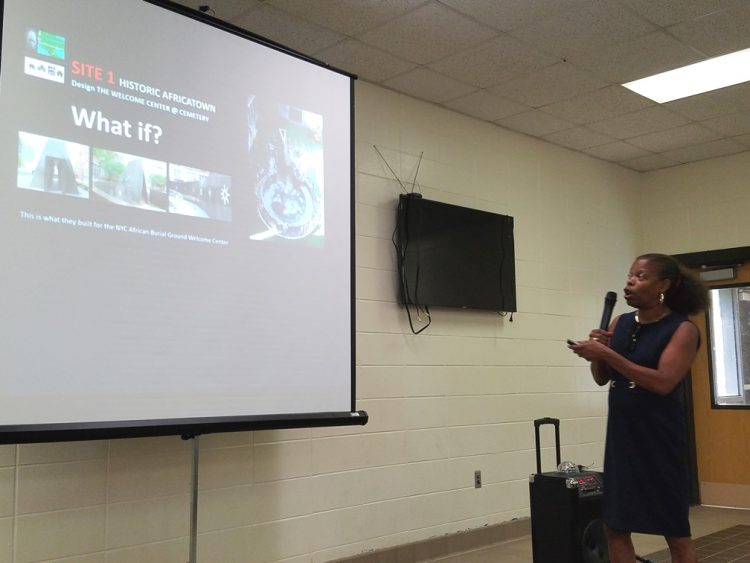 What if architects could design 30 new types of houses to put on Africatown’s vacant lots?

What if the floodplain on the abandoned Josephine Allen public housing site could be purposefully flooded to create an underwater view of the slave ship Clotilda’s illegal human cargo?

What if an unused portion of Mobile County Training School could be restructured for innovative and creative new learning opportunities for children?

How about building the Africatown Yacht Club? And how about connecting other related African-themed projects — from Mobile, to Chickasaw to Prichard —  via the existing waterways?

Answers to these questions and more are part of ideas outlined in a fresh new proposal that was formally introduced to Africatown residents at C.H.E.S.S.’s July community meeting.

M.O.V.E. contracted Kemp-Rotan to weave together Africatown’s many community plans into one comprehensive design framework. The central idea is to make sure the community economically benefits directly from its history, especially now that the Clotilda slave ship’s wreckage has been found. 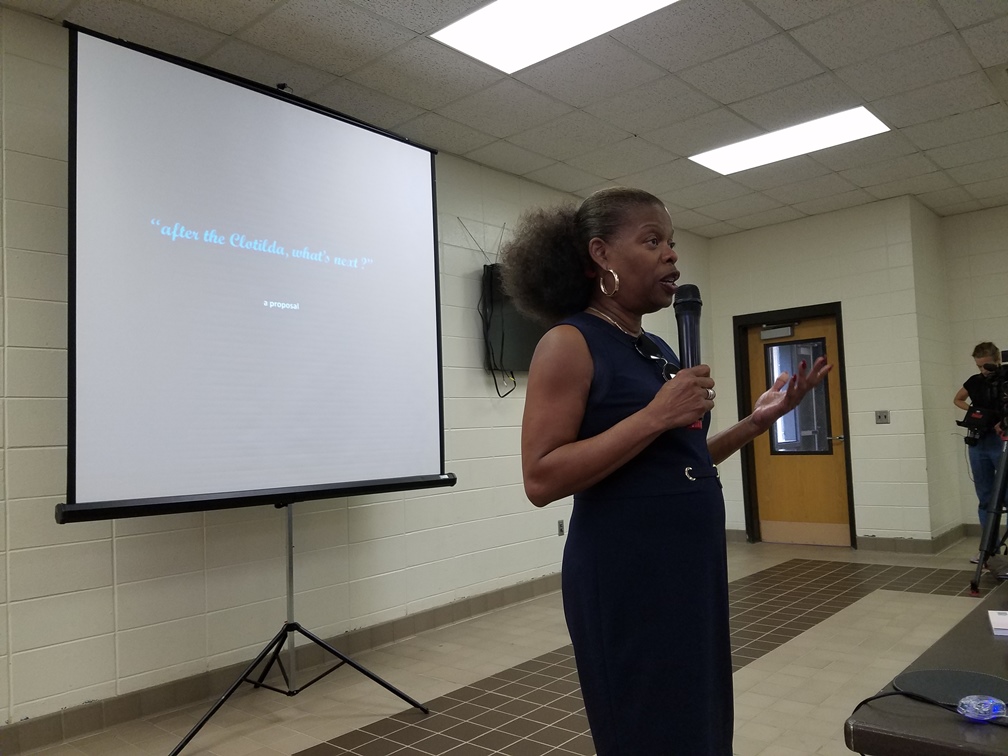 Africatown’s history can make it a major tourism destination.  The new lynching museum (called the Legacy Museum, with the National Memorial for Peace and Justice) in Montgomery had 400,000 visitors in its first year and generated an economic impact of $1.1 billion in the Montgomery area. A similar kind of economic impact  related to Africatown’s history could also create new businesses, jobs and tax revenues in the Mobile area.  But making sure those businesses, jobs and revenues come to the community will require new sites in Africatown where people can spend money, such as potential new museums, shops, kayak launches and other tourism assets.

Kemp-Rotan told the room of more than 100 people that the Competition’s main goal is for architects and urban planners from around the world to think up designs ideas for 16 sites spread across four venues:

She said existing plans and projects — such as the Welcome Center, the Blueway and the MCTS programs that residents are already working on — have all been incorporated into the Competition’s programming. The community plans and projects can benefit by having their two-dimensional ideas turned into three-dimensional possibilities of what actual buildings could look like.

The Competition is offered at no cost to the community. Yet, it stands to directly benefit from the designs generated by the architects who enter the Competition. Jurors who select the winning architectural designs will include leaders from the Africatown community.

However, it will be the community members who will decide how those designs will be used for possible implementation, Kemp-Rotan said.

“Once the design competition is over, the ball will be in the community’s court.  All of the sites are on publicly owned land. You need a community land trust in order to have control and stewardship over the sites,” she said.

She also said the Africatown community must write its own narrative, and use the worldwide attention on Africatown as a way of also developing the people — their artistic, scientific and business talent — as well as the land.

He asked the community’s permission to give Renee the go ahead to proceed with the architectural project. There was a resounding “yes” from the crowd.

Flen then gave an overview and update on some of the Alumni activities. This includes their work with the Black Scuba Divers (who helped discover the Clotilda) to develop a swimming program that teaches Africatown youth how to swim and dive. He is also working with 19 colleges and universities, including Spring Hill College, to assist efforts to highlight and preserve MCTS history.

He said August 25th is the Bell Ringing Ceremony that begins at 2 p.m., part of a national commemoration of the 400 years since the first African Slaves were brought to Jamestown, Virginia, in August 1619. His team is working on the audio-visuals so that the ceremony in Africatown can be viewed simultaneously with the ceremony in Jamestown. He also said that December 2 is the day set to unveil the Middle Passage Port Marker Ceremony, presented by UNESCO (United Nations Educational, Scientific and Cultural Organization), in Africatown.

Flen also presented to the community Andi Martin, a representative from the Alabama Historical Commission. She said the AHC was filing an “admiralty claim” on the Clotilda ship wreckage. It was necessary to protect high-profile discoveries and make sure the wreckage would remain a public resource. Martin said the claim would be publicized in the newspapers. Anyone coming forward to claim ownership would have to go to court and a judge would have to rule on their claim.

One of the residents asked, if someone did come forward, could they be charged with crimes against humanity for taking their ancestors’ role in going to Africa and bringing the Africans back to America to become slaves, at a time when doing so was illegal?

After Flen’s presentation, dinner was served.