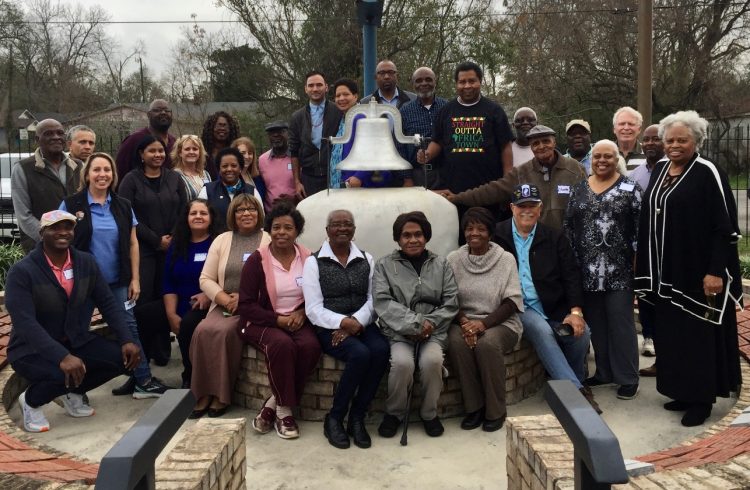 The letters “T,” “E,” “A,” and “M,” were each printed on separate pieces of paper, and placed on 10 tables, where more than 80 people sat in a room at the Robert Hope Center. Obviously, there is no “i” in “TEAM,” a point stressed in several  group-building exercises designed to foster cooperation among various organizations in Africatown and their supporters.

The exercises were part of a day-long Jan. 10th collaboration workshop called ” Water Connects Us All: Africatown Connections Blueway is A Catalyst for Reconnecting People to Their Place.” It was the first official program of the Africatown Heritage Preservation Foundation, a new community organization created to develop the levels of teamwork necessary to  manage future, community-wide Africatown projects, especially those related to the spectacular Clotilda discovery last year.

As more eyes focus on Africatown because of the Clotilda, the last known slave ship to enter the U.S., and as more projects like the Blueway come into being, “it has become obvious that the community needs the services of a professional administrator,” said Anderson Flen, co-founder of the new organization. “And the new Foundation’s role is to recruit the administrator. Soon.”

The Africatown Connections Blueway is a 10-mile stretch of waterways, natural habitats and park spaces that connect Historic Africatown in Mobile to Africatown U.S.A. State Park in Prichard, Alabama. A portion of the Blueway also runs through the City of Chickasaw. 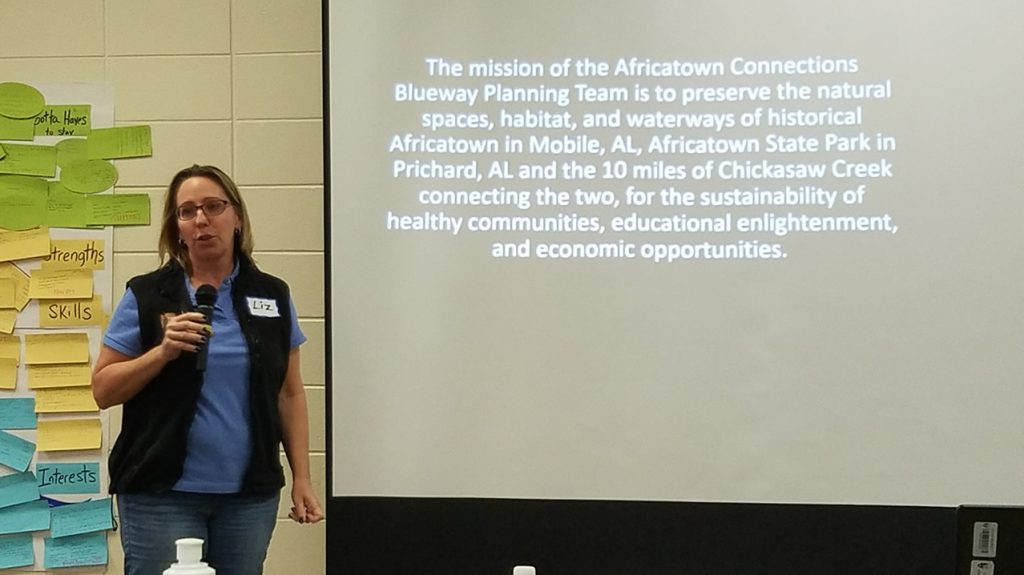 The project started in 2016, when the Mobile County Training School Alumni Association applied for and received a technical assistance grant from the National Park Service. The MCTSAA’s grant secured the services of Liz Smith-Incer, the Mississippi & Puerto Rico Field Officer for the NPS’ Rivers, Trails & Conservation Assistance Program.

Since then, Smith-Incer has facilitated scores of monthly meetings that have been instrumental in guiding community plans for the Blueway. The project now includes 14 proposed points of interest along its water trail system. One is at Magazine Point called “The Clotilda Landing,” located along the Mobile River under the western foot of the Africatown Bridge. The founders of Africatown — who were illegally brought to the area as human cargo from Dahomey (Benin, West Africa) aboard the Clotilda in 1860 — first settled on that spot after being freed from slavery after the Civil War ended in 1865.

Now, civic and political representatives involved in the planning process have created the Blueway Planning Team. It is tasked with sustaining the project for the health, educational enlightenment and economic opportunities of communities along the Blueway.

When Smith-Incer finishes her work, Africatown must be ready to pick up the leadership reins.

“MCTSAA, and other community organizations, can no longer sustain important community projects with volunteers alone,” Flen said. “We don’t have the time, the professional skills, and there’s too much technical work that needs t be done. We need to build a paid team of administrators to make sure all the moving pieces related to Africatown are well managed, for the good  of the whole community,” he said.

Flen’s plan is for the new foundation to raise money to hire Africatown’s first administrator within the next few months. But even before doing that, he said, the ideas of teamwork and collaborative efforts have to be well established in the community.

Collaborating In The  Workshop 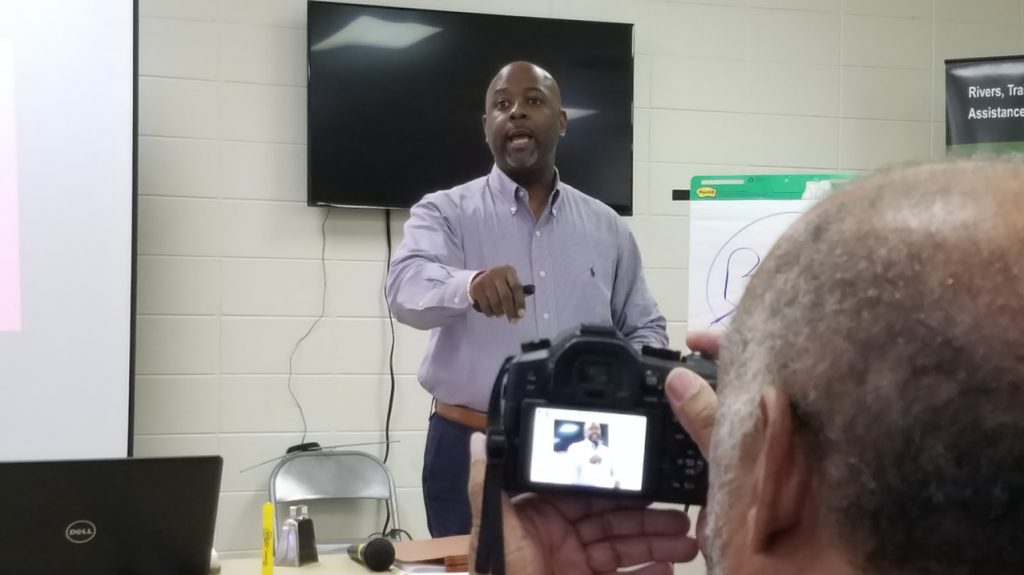 On the paper with “T,” King gave the 10 groups a minute to think of words with that letter. The groups came up with words such as “trust,” “thoughtful,” “transparent,” “tenacious,” and “teachable.” “Together” and “talent” were the most common words. 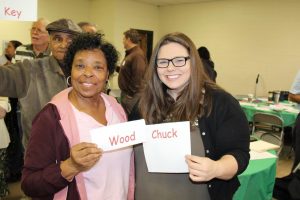 In another exercise, King had workshop attendants  walk around the room, trying to find the other half of their compound word, such as “slap” and “stick,” “moon” and “light.”

The exercises and talks were all about relationship-building, focused on how to listen and how to speak to each other. The workshop wasn’t necessarily about creating specific  action items, Smith-Incer said, although there were a few.

“While we might have been lucky enough to develop some next steps, the main goal  was for people to get to know one another and to learn about how our families, individual organizations and communities are connected through the Africatown Connections Blueway,” she said. “This workshop is only just the beginning of our working together.”

Flen hopes that those who attended the workshop will be working partners with the new Africatown Heritage Preservation Foundation as it seeks to build a professional leadership team for the Africatown Connections Blueway, a project that truly connects the region.

Africatown and its strategic partners recognize how they all stand to benefit from the spectacular discovery of the Clotilda, which has generated hundreds of local, national and global news articles and media interviews. It has also led to civic engagement meetings about new museums and other potential tourist attractions, especially through The Africatown International Design Idea Competition that is set to launch in June 2020.

The Blueway and other projects could potentially attract millions in tourists and their dollars, creating new jobs and business opportunities for Africatown and the entire Mobile area.

“If ever there was a time for everyone to come together around our shared history,  and our physical and emotional connection with the water, that time is now,” Flen said.

Photos from the Workshop: