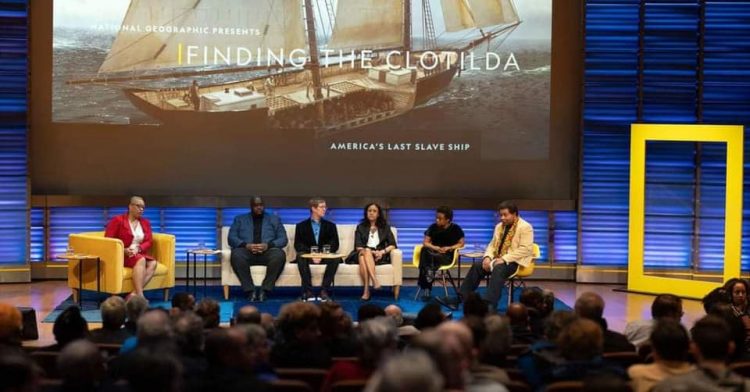 C.H.E.S.S.’s own President/CEO Joe Womack and Community Engagement Officer Joycelyn Davis were among the keynote speakers invited to National Geographic’s panel discussion in February to discuss its role in finding and confirming the Clotilda slave ship in the Mobile River Delta.

The ticketed event on Feb. 27 also featured Sylviane Diouf, who wrote Dreams of Africa in Alabama: The Slave Ship Clotilda and the Story of the Last Africans Brought to America. 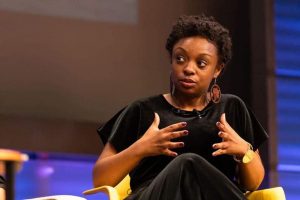 Joycelyn, a descendant of Charlie Lewis, one of the Clotilda Africans, felt an unction to take up the mantle of family historian a few years ago. But she never imagined that her calling would put her in the spotlight.

“It was an honor and a great pleasure to speak on behalf of Africatown. Never in my wildest dreams would I have thought I would speak on a discussion panel at the National Geographic headquarters,” she said. “This will forever be a great memory for me, seeing some of the staff members,  who I met over the past few years and consider friends. Seeing them again was exciting.”

As the search for the Clotilda heated up in 2018, Joycelyn said she came to know National Geographic staff members Asha Stewart, Joel K. Bourne, Jr. , Arthur Clarke, Fred Hiebert, Chelsea Brasted, and Elias Williams, plus Dr. James Delgado of Search, Inc.,  and Kamau Sadiki of Diving with A Purpose/Black Scuba Divers and the Slave Wreck Project of the Smithsonian Institute.

“All while the search was going on, my main focus was the community, culture, economic growth and the revitalization of Africatown. If they find the ship or not, Joycelyn said.

She said she was honored to attend the panel with Joe, who she believes is following in the footsteps of Henry C. Williams, considered the Father of Africatown and its political champion for many years, especially as heavy industry moved into the community (see related story). 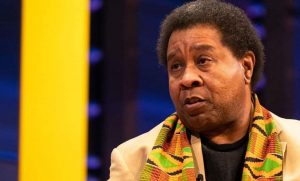 Joe informed the Washington, D.C. audience of the harm that pollution from heavy industry has caused to Africatown and its ambitions for community revitalization. Most of the audience’s questions were about what was going on today in Africatown. He explained how he evolved into an environmentalist to prevent further industrial encroachment into a community that he remembers from childhood as one full of fruit trees and berries, plentiful fish and good neighbors.

“It was a four year fight, and we held ’em off,” he said. The Clotilda discovery has brought more national publicity like the full coverage provided by National Geographic magazine. The exposure keeps up political pressure to preserve what is left of Africatown, he said. 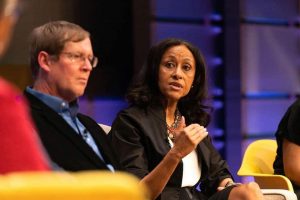 Panelists Dr. Diouf educated the audience on the Slave trade, while Nat Geo’s photographer Elias Williams talked about his experiences in Africatown, and its archaeologist Fred Hiebert talked about the science of the finding of the Clotilda.

Heibert ended the panel discussion, saying that he met a group of young basketball players at the Hope Center who asked ” Did you guys really find that ship?” Fred replied “yes” and the kids said “Way cool!” He said that was the best part of his journey to Africatown.

Joe, Joycelyn and the other panelists were well received by an overflow crowd of 500 people, “who gave us a standing ovation at the end of the program,” Joe said. “We left them wanting to know more about ‘The Saga of Africatown.'”

In the audience were two other Clotilda descendants whom Joycelyn said she had never met. Also there was Elie Koukoui, a native of Benin whose ancestors from the Kingdom of Dahomey were avid slave traders, and, in particular, sold Joycelyn’s ancestor and the other 109 Africans to the Clotilda captain. He offered a heartfelt apology on their behalf of his ancestors, giving Joycelyn the scarf around his neck.

Another audience member was Ada Anagho Brown, a native of Cameroon whose African Royal DNA Project offers to take African Americans back to the ancestral homelands where their DNA matches royals in Africa.