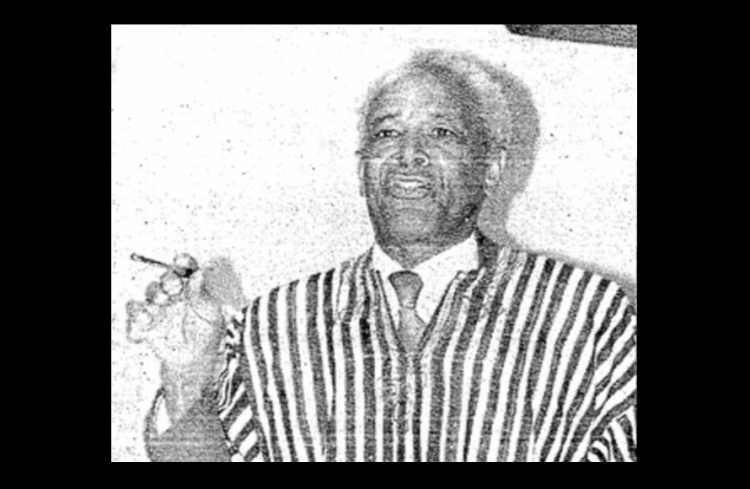 While the world continues to learn about Africatown’s past, present and vision for the future, I would like to say a few words about one of my favorite Africatown heroes, Mr. Henry C. Williams.

For 50 years of my life, from 1955 to 2005, Henry Williams was Africatown’s and the Gulf Coast’s most noted advocate for The Africatown Story and fighter for Africatown’s Environmental Justice in Mobile County.

One of the issues they defeated was an attempt by local businessmen to build a waste disposal facility for hazardous materials from around the world, including radioactive and toxic bio materials, in Hog Bayou. It would have been put in the area left vacant after International Paper was forced to leave Mobile because of pollution problems and a reduction in the paper mill business.

As a historian, Henry was the only person I knew that even talked about Africatown’s history, including the Clotilda and America’s last shipment of slaves. My first memory about The Africatown Story goes back to when I was 5 years old and a student in Henry Williams’ Sunday School class at Yorktown Baptist Church. He would also talk about the story in church, but the church elders would make him shut up and sit down after about 5 minutes of talking. Man, could he talk.

He wasn’t just a talker, though. He considered himself the foremost authority of African-American history and culture along the Gulf Coast. He wrote 6 books; I still have copies of four of them. Those books are:

I recently created this Africatown Timeline below based largely upon information researched and published by Henry Williams.

1808 – This country banned the importation of slaves from Africa.

– 1810 – Because the ban was not working, The United States made the law tougher by saying it would put violators in jail.

– 1870 – Incorporated Plateau and Magazine Point (Africatown) with the land they had purchased from The Meaher Family while working for them.

– 1880 – Started a school in that church. School eventually evolved into MCTS.

– 1890 – Elders in the community partitioned Mobile’s School Board to build a school.

– 1915 – The school burned down and received funds from The Julius Rosenwald Foundation to rebuild. Thus becoming one of the more than 5,000 schools Julius Rosenwald & Booker T. Washington built to educate freed blacks after the civil war ended. Of those 5,000 schools, Africatown’s school is the only one that remains and educate black kids every day.

– 1934 – MCTS was certified by The National Certification Association for Schools and Collages.

– 1945 – International Paper and Scotts Paper Company expanded their footprint further into Africatown, resulting in the community eventually swelling up to about 12,000 residents.

– 1960 – Africatown voted to annex itself to Mobile and become part of the city of Mobile.

– 1965- To help with overcrowding, Mobile built The Happy Hills Projects.

– 1958 – Both Williamson and Blount High Schools had their first high school graduating classes and both principals came from MCTS. Dr. Keeby at Williamson was a direct descendant from The Clotilda slaves. Blount’s color(purple) is a result of mixing MCTS blue with Central’s maroon. MR. Burton had been the Chairman of the Math department before going to Blount as their principal.

– 1970 – The city of Mobile began re-zoning Africatown from residential to business and made most of the community an Industrial Complex.

Henry Williams, known to some as the father of Africatown, died Monday at his home in Mobile after a battle with cancer. He was 88.

Williams is regarded by many as the founder of the Africatown movement, which pushed for the preservation of the area surrounding Magazine Pointe in northeast Mobile as a historical site. The area was the landing site of the Clotilde, the last known slave ship to bring Africans to America for the purpose of slavery.

A welder and historian, who at one time drove around with a metal buffalo in the back of his pickup truck, Williams was known to speak authoritatively on a range of subjects, seamlessly weaving fact and apparent fiction for the sake of the yarn, according to some people who knew him well.

The Mobile City Council was one of his most frequent audiences.

“He was at meetings so often, he probably thought that he was a council member,” said Clinton Johnson, who represents the city’s third district.

During one of the meetings, Johnson said, Williams regaled the council with a tale of bravery that involved him fighting Adolf Hitler to save a group of women, getting all the fingers on one of his hands shot off in the process. While telling the story, Johnson said, Williams gestured with the allegedly wounded hand, all fingers accounted for.

At other times, Williams would inform the council on the ins and outs of Mobile’s past and present.

“In my experience, he was very well read, very well experienced,” Johnson said. “He had a great command of history.”

That Williams was known to tell a tall tale shouldn’t detract from his status as a veritable encyclopedia of local history and lore, according to his lifelong friend Joseph Collier, who grew up with Williams in the Plateau community.

“In his house were books on top of books,” Collier said. “And you could point to any book, and he could tell you what it said because he read each one of them.He was a very brilliant man.”

Williams was also a tradesman, working as a welder. During his lifetime, he ran several welding shops and also taught his craft at what is now the Carver campus of Bishop State Community College.

At one point, he created a buffalo out of steel drums and metal piping, an homage to the famed Buffalo Soldiers, black units that fought from the Civil War era to the Spanish-American War.

Still he may best be remembered for his efforts to preserve the history of Africatown and for the controversy surrounding a bust he created in the late 1950s of Cudjoe Lewis, one of the Africans brought to the Mobile area on the Clotilde.

The bust was stolen from its perch in front of a Plateau church in 2002 and found a short time later in a ditch in Daphne.

Somehow it ended up with Williams who initially asked for the reward money raised by the church after the bust went missing. Later when he tried to return it as part of a Martin Luther King Jr. memorial celebration, the leaders said they didn’t want it back.

Williams is survived by his son, Henry C. Williams Jr., and his brother Raymond Williams.