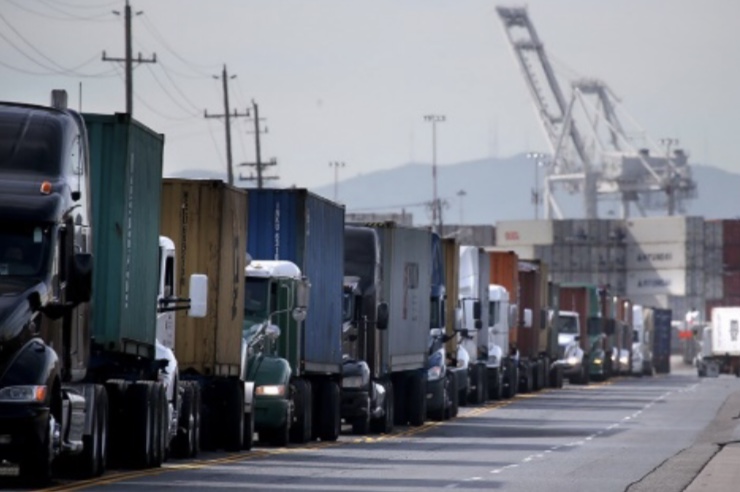 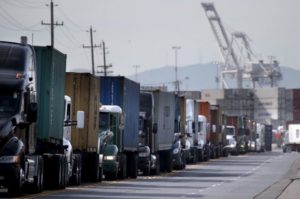 The meeting conducted on the Eastern Shore about The Proposed Truck only Toll Bridge Project was much better than the meeting conducted by Mobile’s MPO Board. The meeting started off the same as Mobile’s meeting because it was being conducted by ALDOT, the same people that hosted Mobile’s meeting. After Kelvin Harrison, with ALDOT,  conducted a 5 minute presentation, he announced the meeting was over and the attendees could look over the maps and leave written comments. Then Kelvin Spriggs & Lou Campemenosi, 2 Baldwin County Councilmen, stood up and said the meeting was not over and they wanted to hear what those in attendance had to say.
For the next 60 plus minutes those in attendance had plenty to say. At least 90% in attendance were against a Toll Truck Bridge only, including the 2 Councilmen. The Councilmen said they wanted the Federal Government to pay for everything and they were going to go to Washington and lobby Alabama Senators & Representatives to get the funding.
When I was speaking concerning the Environmental Justice reasons about being against the project, I felt as though they were listening but did not really hear me. While they know about Environmental Justice, they don’t really know (or care) what it means. “Their concerns” are all they care about. This is why we must always be in the room. A clear example of this can be seen in the fact that actual public comments were limited to 1,000 characters or less, spaces included. Because of the limited wording allowed here is what we submitted to Mobile’s and The Baldwin County MPO Policy Boards:

The Draft Amendment, on page 13, acknowledges “[a] shift in the external truck volume from the Bayway to the Causeway can be expected due to a toll. . . . An obvious conclusion can be made that a truck toll . . . will put a strain on the capacity of I-65, the Cochrane-Africatown Bridge, and the US 90 Causeway.” However, the impacts of increased truck traffic in Africatown is ignored. This project will create racially disproportionate burdens of: (1) increased truck diesel pollution that will worsen air quality with PM2.5 and about 40 cancer-causing chemicals that are scientifically known to damage human health; (2) significant safety risks from trucks traveling at speeds of 65 mph or faster on Africatown Blvd.; and (3) increased travel time for residents and limited access to historic sites due to truck traffic on Africatown Blvd. The Draft Amendment fails to meet Title VI of the Civil Rights Act, DOT environmental justice policy, and federal regulations set forth in 23 CFR 450.324.

The ESMPO May 2021 Draft Amendment to the 2045 LRTP claims that truck traffic on US 90 Causeway will be “slightly increased” as a result of the proposed truck-only toll Mobile River Bridge and Bayway Project. This claim is contradicted by the Mobile MPO Draft Amendment to the 2045 LRTP, which explains that the proposed truck toll on the Bayway will cause a significant shift in the number of trucks avoiding the toll that “will put a strain on the capacity of I-65, the Cochrane-Africatown Bridge, and the US 90 Causeway.” In addition to this contradiction, there are glaring omissions in the ESMPO Draft Amendment that fail to provide any study or validate any data on the impacts the proposed truck toll would have on the traveling public, traffic distribution, and whether it will generate enough revenue to pay back $300 million in loans for the project. There is no analysis of the impacts of increased truck diesel pollution on air quality and public health in Africatown and other communities near the Cochrane-Africatown Bridge and Causeway. Diesel pollution includes PM 2.5 and about 40 cancer-causing chemicals that are scientifically known to damage human health. The ESMPO Draft Amendment also shows that the project is the only listed in the LRTP with “N/A” under the categories of “Total Project Evaluation Score” and “Project Evaluation.” Without these evaluations, it is curious how this project is ranked as “High” priority in the ESMPO Draft Amendment.  The Draft Amendment fails to meet the federal protections of Title VI of the Civil Rights Act, DOT environmental justice policies, and the requirements for LRTPs set forth in 23 CFR 450.324.

The information below contains all the comments we wanted to submit to the Mobile and Baldwin County MPO Policy Boards by Africatown supporters concerning our opposition to the proposed Mobile River Truck only Toll Bridge. That list of Africatown Community Supporters include: The Africatown C.H.E.S.S. Community Organization(africatown-chess.org), The Mobile County Training School Alumni Association(mctswhippets.org), the Deep South Center for Environmental Justice(dscej.org), Union of Concerned Scientists(ucsusa.org), HBU-CBO Gulf Coast Equity Consortium(hbucbogulfcoastequityconsortium.org), Mobile Environmental Justice Action Coalition(MEJACoalition.org) and Mobile’s NAACP(mobilenaacp.org)
Major Joe Womack USMCR(ret)
Executive Director of africatown-chess.org
What Does the Plan for a Truck-Only Toll Bridge Mean for Africatown?
• Major truck traffic
• Toxic air pollution
• Health and safety risks
• Limited access to historic sites
• Environmental racism
The Mobile Metropolitan Planning Organization and the Eastern Shore Metropolitan Planning Organization are considering a new version of the 2019 Mobile River Bridge and Bayway Project. This version has three phases that begin with the construction of a truck-only toll bridge. Both the Mobile and Eastern Shore MPOs must first hear from the public before making a decision. Here’s our concerns with the proposed truck-only toll bridge.
Major truck traffic on Africatown Blvd.
Commercial truck drivers would avoid paying the $15 toll each way on the proposed Mobile River Bridge and, instead, drive on the free Africatown-Cochran Bridge. This would cause major truck traffic on Africatown Blvd. The official plan by the Mobile MPO states the following: “A shift in external truck volumes from the Bayway to the Causeway can be expected due to a toll. . . . An obvious conclusion can be made that a truck toll on Interstate 10 with an un-tolled option on US90 will put a strain on the capacity of I-65, the Cochrane-Africatown Bridge, and the US 90 Causeway.” (Mobile MPO, Draft Amendment to the 2045 Long Range Transportation, p. 13).
Toxic air pollution from diesel truck exhaust
Exhaust from diesel trucks is extremely toxic and damaging to human health. The fine particles from the exhaust penetrate deep into the lungs, leading to the development of asthma in children and increased risk of premature death from heart and lung diseases. They are also likely to cause harm to the nervous system, such as cognitive effects. Diesel exhaust also contains about 40 toxins that are scientifically known to cause cancer.
Health and safety risks
The plan for the Mobile River Bridge Project would multiply the number of trucks on Africatown Blvd. Residents would be exposed to additional toxic air pollution from trucks that can damage their health. More trucks traveling at speeds of 65 mph or greater would risk the safety of Africatown residents, particularly children, when walking, driving or biking along and across Africatown Blvd.
Limited access to historic sites
Community efforts to promote the history of Africatown and historic sites along Africatown Blvd. would be hindered by increased truck traffic. The Mobile MPO concluded that the truck traffic would “strain” the route that goes through Africatown, meaning that truck traffic jams would occur frequently. The truck traffic would limit access to these historic sites for residents and tourists.

Environmental racism
In Mobile County, Black residents in Africatown are disproportionately exposed to toxic pollution and hazards from industrial facilities. The plan for the Mobile River Bridge Project would worsen environmental racism in Africatown by increasing truck diesel pollution, creating more health and safety risks, and limiting access to historic sites in the community. By ignoring these racial disparities in the plan for the Mobile River Bridge Project, the Mobile MPO fails to comply with Title VI of the Civil Rights Act and environmental justice policies that prohibit the use of federal transportation dollars on projects that result in racial discrimination.